"I recently had a session with Arlene for anxiety and sleep issues. These seemed to develop with the onset of the Pandemic/Quarantine. I felt like I was stuck in a vicious, repeating cycle and was exhausted.
+ More

She helped me identify what was happening and reconnect with my Inner Child. She also provided me with helpful coping tools. I am feeling and sleeping better and feel a profound sense of relief.

She is kind, empathetic and an excellent hypnotherapist and I would highly recommend her."

"To say that I owe my life to Arlene is an understatement. I came to her in the midst of a mental breakdown, unsure what was wrong with me but knowing that I couldn't survive much longer without professional help. My head had become such a mess that I knew I would need a true mental health expert to help me untangle it.
+ More

In my experience, Arlene has proved herself as one ten times over, as well as an incredible professional and a beautiful human being. Without going into specifics, she was highly accommodating of my circumstances without sacrificing the integrity of her business. She was honest and focused on helping me learn true coping skills and self-healing tools rather than using our sessions as a lifelong crutch.

In just six months, she helped me untangle nearly 20 years worth of various eating disorders, addictions, and compulsive behaviors. She helped me see that the root of my issues was emotional disconnection, and taught me how to heal and nurture my inner child. I recommend her 100% for anyone looking for a true solution to their problems or a surefire way to meet their goals."

"In my experience, Arlene Thompson works in a very subtle but profound way as a therapist. Her calm and easy-going manner belies the power of her work. She listens with care and then thoughtfully crafts sessions to address whatever issue you present.
+ More

Even now, months later, I find myself hearing the recording she made (based on my own words) and remembering her pearls of wisdom just when I need them most. Her ability to affect positive and lasting change within me was invaluable. I highly recommend Arlene Thompson."

I have seen a number of therapists to work through some impulse control issues that have plagued me since college. Arlene Thompson finally provided the help that I needed.
+ More

She dealt with me in a compassionate and caring way without judging me. She provided a variety of tools including relaxation and self-hypnosis techniques that I had not been shown before. Using hypnotherapy, she worked with me to understand and treat the underlying problem. Through her treatment I have grown and can now deal with these long-standing issues. I feel capable of managing my issues and have been successful since my treatment with Arlene.

Arlene is a real gift to the world! Within the first few minutes of meeting her, you feel as if you've known her your entire life, almost as if talking to a close friend/family member who understands you inside out and truly cares.
+ More

She is so enthusiastic about what she does, and it made me feel excited and confident in the change I wanted to bring to my life. Going into my first session I felt like I was at rock bottom; I wasn't even sure who I really was anymore. But AFTER my first session with her, I felt as if I knew more about myself than in my entire life! She helped me recognize negative patterns in my life and reinforced me with positive ones! She taught me specific tools to break old patterns and become the best me I can be. Between my first and second session (1 week apart) my life completely 180'd. I feel like a better me, on the way to becoming the best me! I got a promotion, an internship, and found a new apartment and mended relationships. At 20 years old these are all things I wished to accomplish in a couple months time, but with the tools Arlene had taught me it allowed for me to not waste my energy on negativity anymore but focus it on what I wanted out of life which allowed me to accomplish so much in 1 week. Only 7 days later and I feel like a brand new me! The best part is I'm eager to keep growing due to Arlene's optimistic approach! I would recommend Arlene to everyone! She truly cares about the people she works with and can show you how to break bad habits, accomplish what you want and how to show yourself just how wonderful you are and what you have to offer to the world. (and much more of course!)  I'm so glad I decided to go to Arlene! What a saint!!

With Arlene's help, in the first three months of this year, I quit smoking and lost 25 pounds. I suffered no cravings, no setbacks, because Arlene helped me adjust my subconscious mind.
+ More

On earlier diets I would long ago have "rewarded myself" with some vile banquet, and sent the whole project sliding into the forgotten. Now I picture such a thing as nothing more than an act of self-rape. I still recoil from all my old high-fat favs in the supermarket. I literally see them covered in a gooey, greasy film, products I would not touch, let alone EAT. (This was called an "aversion technique" and it really worked!)

I was not trying to escape bad pleasures, but rather moving with a lot of eagerness TOWARD a new life. This time last year, breakfast would have been a cup of coffee and maybe a dozen cookies munched mindlessly over an hour or so on Yahoo. This morning I concentrated on the new day's promise by first focusing on the luscious experience of fresh blackberries. I honestly can't see myself wanting for more. I'm perfectly satisfied and will remain so until lunch time.

Arlene is the genuine article, a chiropractor of the mind -- and she has adjusted mine to a fare-thee-well. Her program really works!

Arlene Thompson helped me greatly in overcoming some blocks to my mature development. Somehow she could see them when I couldn’t and knew just where to zero in. It is due to her methods of relaxation and inner work that I have begun to establish priorities for the use of my time, which are linked to my real values.
+ More

I now have a clearer concept of what I want out of my life and what I want to give to others. She is insightful and can inspire action, and I would recommend that anyone looking for counseling in life development seek her out. Sessions with her are an investment in personal satisfaction and the happiness of one’s Inner Child, as she would describe it. She is also a delightful and positive personality.
Pat B., Pleasanton, 12.07

The time spent with Arlene Thompson is an investment in life itself. I came for weight loss and have been losing weight comfortably! But there is so much more! Arlene’s inner-child sessions have given me tremendous insight on who I am by getting me in touch with my feelings. I sleep better now, and every day has become one of growth in self-esteem and in my relationships with others.
+ More

I was making so many positive changes that I decided to use hypnotherapy to quit smoking. I’d tried quitting before, using sheer will power. This time was so much different. In spite of having been a smoker for over 30 years, after just 2 sessions, I became a dedicated and permanent non-smoker! I am sure I’ll live a longer, healthy, happy life as a result!

Arlene Thompson is a very gifted, effective clinical hypnotherapist who is helping me on my life’s journey. I highly recommend her.

I am writing to share my wonderful hypno-birthing experience and to say that without hynpnotherapy, this could not have been the wonderful experience it was.

I can’t thank Arlene enough for teaching me all the techniques she taught me. I used so many of them.
+ More

Every time I practiced my hypnotherapy and envisioning my labor and how smoothly things would go, I also envisioned my body being like elastic and doing exactly what it was meant to do without tearing. I get chills reminiscing about the moment when my midwife told me that I did not tear! I smiled at her and said, “I don’t care what anyone says. HYPNOTHERAPY works!” She looked up at me and said is that what you were doing? I was so happy I started telling her all about it! Not what most people do after giving birth!

Thanks again, Arlene, for everything! 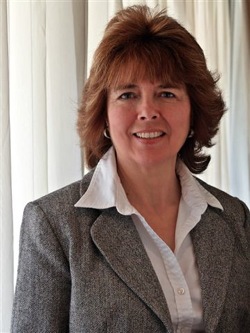